Tech is Still the Place to Be! 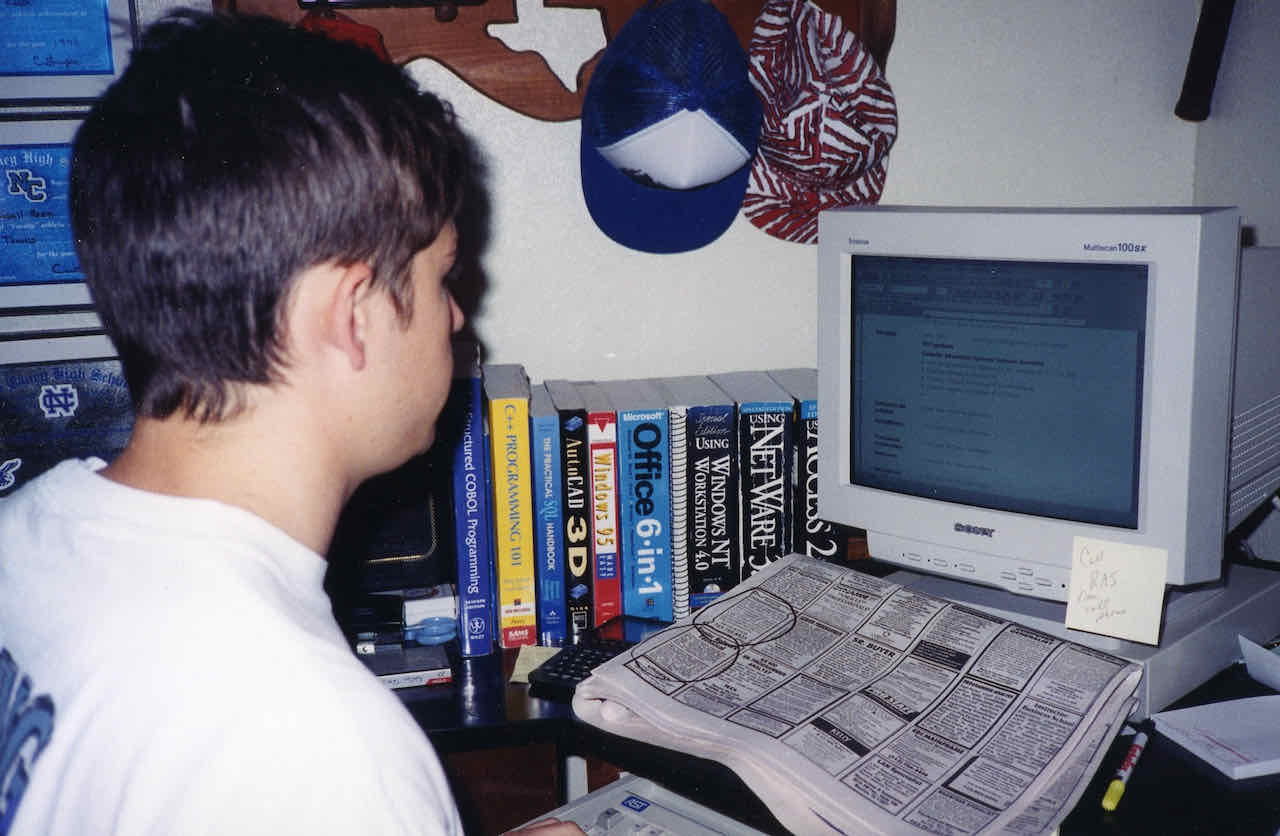 Yep, that was me, 20 years old in December ’96, in between semesters at home in which I grew up, looking for a part-time job in IT. I mean, look at this picture! I was so young! And that Sony monitor! – all 15″ of diagonal CRT goodness, and as a broke college kid, I spent a lot of money for that stupid thing. But check out that Sharp Wizard PDA! When Jerry Seinfeld had one, I knew i had to have it! Wow have things changed. I started out as a CS major, but didn’t really fit into the group, nor was writing lines of code my strong suit. Yes I learned COBOL programming and yes, I liked it, but don’t ask me to get behind a terminal today! Instead however, I felt much more comfortable leading IT, so I switched in year three to MIS. I’m so glad I did.

I’m not really writing at all about the technology though. I mean, yeah, things are different now, but much is still the same. I still prefer to learn from books. I like picking up the phone to speak with people, and I enjoy being hands on. That third one has become more of a challenge as I go.

There are many categories of careers that have grown over the decades, but to me those that stand out are healthcare and tech. I believe the world will continue to move in those directions. For example, the auto industry may soon fall under tech, or hospitality and restaurant under healthcare – you get the point. One thing is certain. IT is here to stay.

So what am I actually saying? No matter what subcategory of tech you’re in, stay. Invest. Work hard. Persevere. If you’re new, don’t stop. Make friends. You’ll be amazed at how far you’ll go, but it only works with a steady keel. Don’t step on people to move up. Be genuine or everyone will see right through you if you aren’t.

Back to this picture… Oddly enough back then, I thought I’d be running wire or working the help desk all my life. Thankfully, the amazing woman behind the camera new I’d become something far more. =)