The First Last Piece of the Upgrade Puzzle 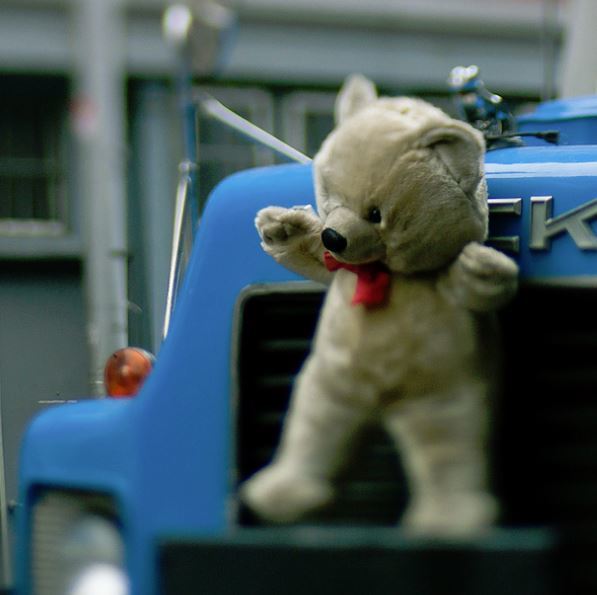 It seems that, lately, I have been reliving (or re-imagining) feelings that I last had as a kid. Maybe this is a normal part of growing older – a way to see life’s more complex situations through simpler, unjaded eyes. Let me share a story with you (flashback scene begins)

My friends know that, while growing up, my family was far from rich. We lived in a NYC Housing Authority project apartment from the very late 1960’s into the early 80’s. In those older buildings, garbage was routinely tossed down this magical “goodbye” chute to be incinerated. Sunday night, the porter would blaze it up, and spend most of Monday morning shoveling the remains (metal containers, melted broken glass, etc) into large “ash” cans. The cans would then be hoisted up from the basement to street level and left for the garbage men to collect on their scheduled Tuesday run.

Something odd always seemed to happen to the cans, though. By Tuesday morning, there was almost always a plushie toy on top of the garbage. It was as if the owner (more likely, the owner’s parents) knew the toy had to go for any number of reasons, but couldn’t bear (pardon the pun) to think about pushing it down the chute to meet up with the other garbage that would inevitably be consumed by flame. So, it was snuck out of the apartment as Dad (or sometimes Mom) went out to work early, before the kids had school.

When the sanitation trucks came around, there were two distinct outcomes for the once beloved toy. If Teddy was ratty looking, or if it was raining out, or if the guys just had been in a foul mood, into the maw of the truck it went, together with the incinerated remnants, gone forever. Sometimes, though, if the guys were feeling fun, the doll was rescued and attached to the front of the garbage truck as a mascot of sorts, where it would ride forever, at least until it fell apart. Pixar fans can remember that scene towards the end of Toy Story 3 for a visual reminder.

Now, if you were that doll, which of the three fates would you want? Instant darkness with incineration? Tossed into the garbage truck for a ride to who knows what end? Or to be rescued, maybe? (flashback scene ends)

It’s time to bring us back to today and the topic of IT Service Management.

Like children grow up, so do our corporations. And even though each September more or less marks the start of another year of development for our kids, our organizations move on their own time schedules. Upgrades to software, like upgrades to fashion, happen over time. Maturation of taste represents our growth in thought process. And while it may be nice to reminisce about the past, today’s organizations and people cannot afford to be held back with yesterday’s ideas and tropes. When changing your IT Service Management software, there are other things that need to happen:

Don’t carry the past along like that teddy bear strapped to the truck radiator. Mr Fuzzy Pants will always live on in your memory – he doesn’t have to live on in your business process.

PS: If you made it this far, why not write back to me and tell me your own choice – what would you want if you were that teddy bear? Easiest way is jeffrey.bromberger@dataseti.com.